Last Updated on February 26, 2020 by laurenpacek

Make-Ahead Cinnamon Rolls are where it’s at

Make-Ahead Cinnamon Rolls: have sweeter words ever been said? I really do not think so.

IMHO, nothing quite beats a warm, homemade cinnamon roll on a lazy weekend morning. The only thing that makes that experience better is not having to wake up hours in advance. Because don’t forget that you need to let the dough rise, make the rolls, let them rise again, bake them… And then eat them.

This recipe allows you to do a lot of the prep work the night before, saving you valuable time the next morning. You can sleep in, luxuriate with a cup of coffee, and still have your cinnamon rolls in a reasonable amount of time. 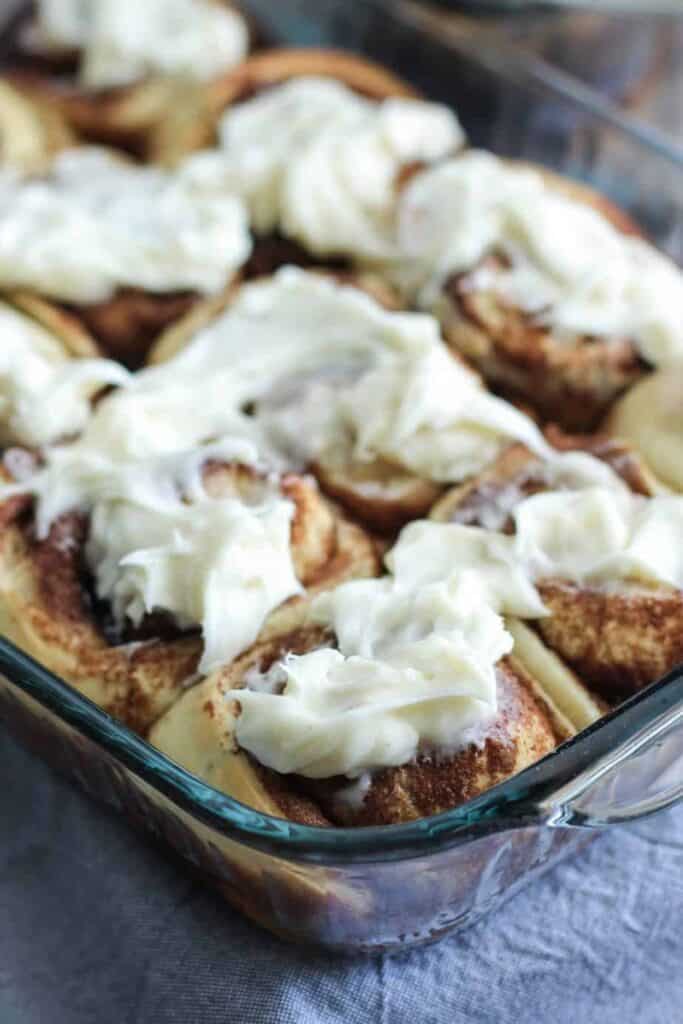 This method is a real game changer!

The night before, you’ll need to make the dough and assemble the rolls. Cover them tightly with plastic wrap and tuck them into the fridge until the next morning. Once you wake up, remove them from the fridge and let them sit on the counter for about half an hour. This ought to give you enough time to preheat the oven, make a cup of coffee, and scroll through your Twitter feed.

Next, pop the cinnamon rolls into the oven, let them bake up golden-brown, and slather them with cream cheese icing. And there you have it: homemade, make-ahead cinnamon rolls in a fraction of the time.

I really like to make these in anticipation of a work-from-home snow day for just my husband and myself. However, these are also really great for when you have company. Doing the heavy lifting the night before allows you to spend time with your guests after everyone wakes up, rather than being stuck in the kitchen.

A group of friends are coming to stay with us over Memorial Day Weekend, and I know that I’ll be making these for them. 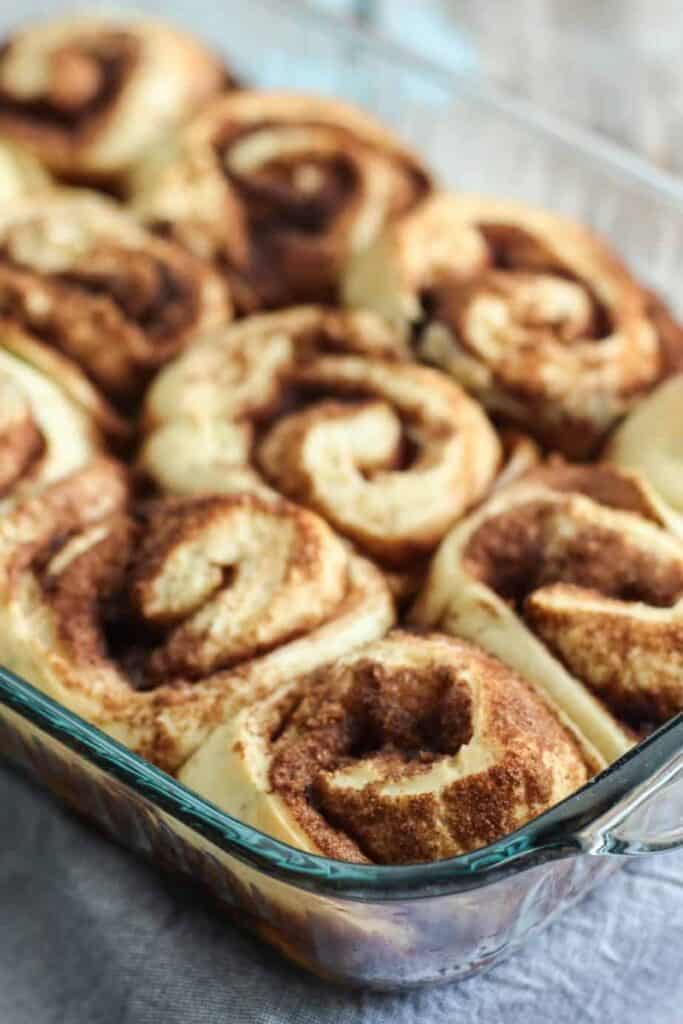 The basic recipe for these cinnamon rolls comes from Jo Cooks. I modified the baking instructions so that they can be made in advance–up to the night before you want to bake them! 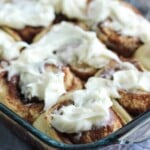 Notes: The preparation time does not include the time that the rolls spend in the fridge overnight.

If you want to make the cinnamon rolls right away, rather than letting them rise overnight, follow these instructions: 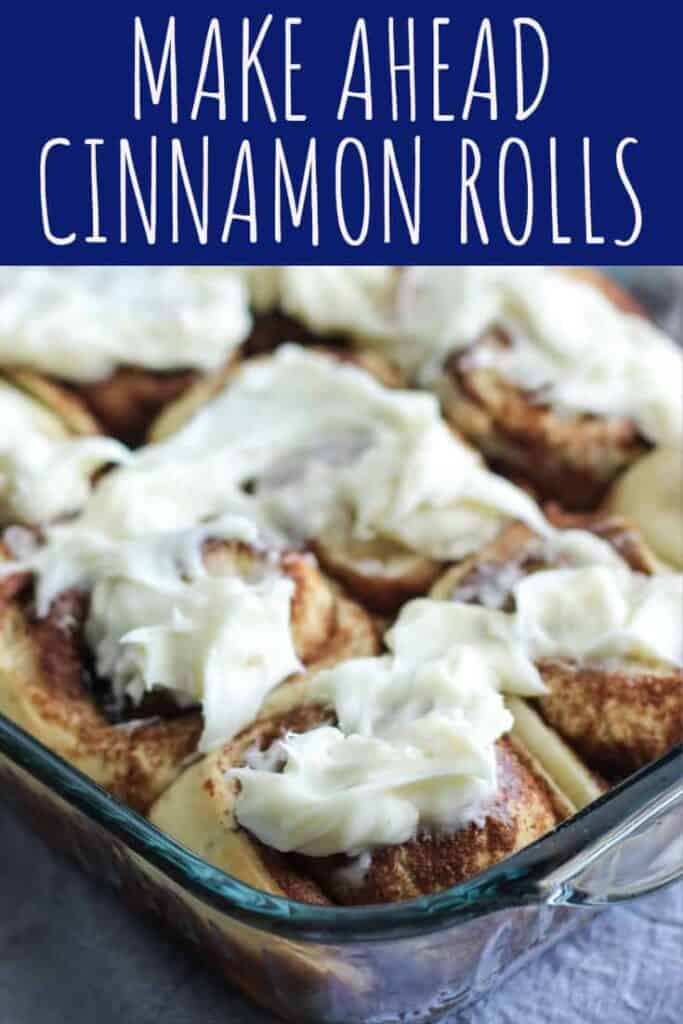