These Churro Waffles are tender, sweet, and slightly crunchy on the outside! 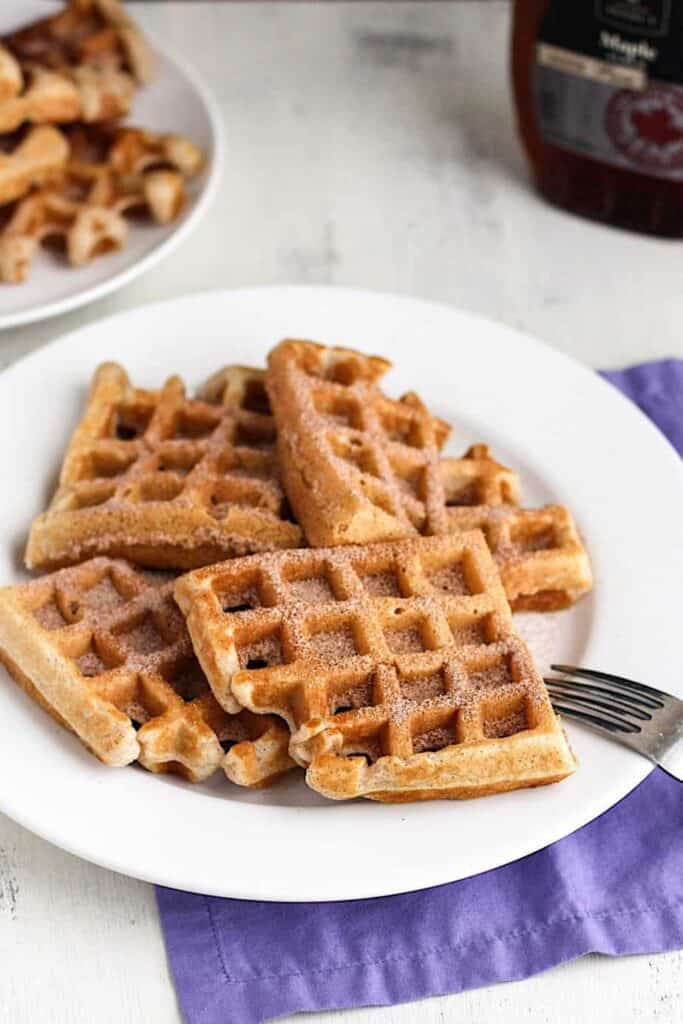 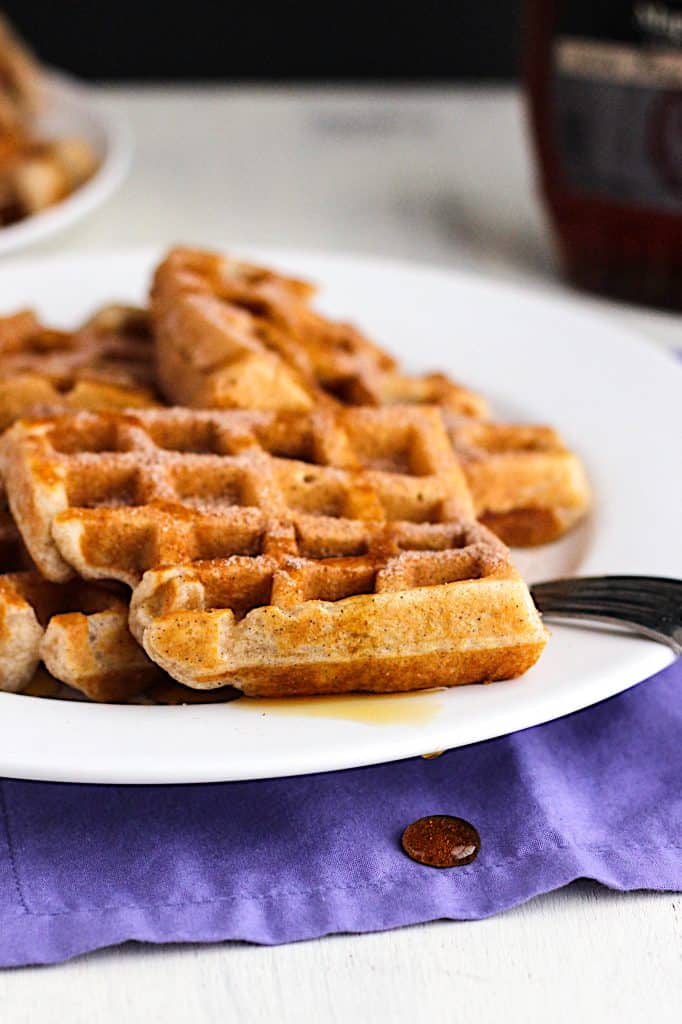 I drizzled these waffles with just a bit of maple syrup. They’d be great with a chocolate sauce, too. I love how that bit of syrup looks, pooling on the napkin.

These churro waffles are a jazzed up version of my Classic Waffle recipe. If you’re looking for other waffle recipes, also check out my Pumpkin Waffles and Sweet Potato Waffles with Candied Pecans. 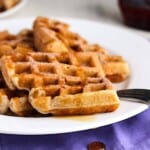 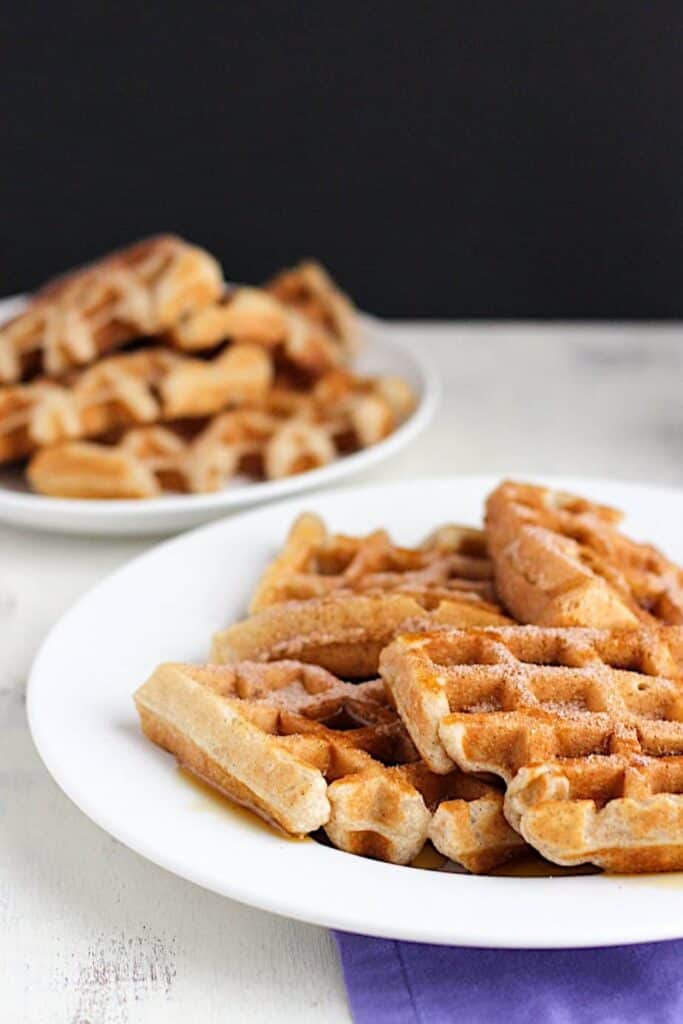 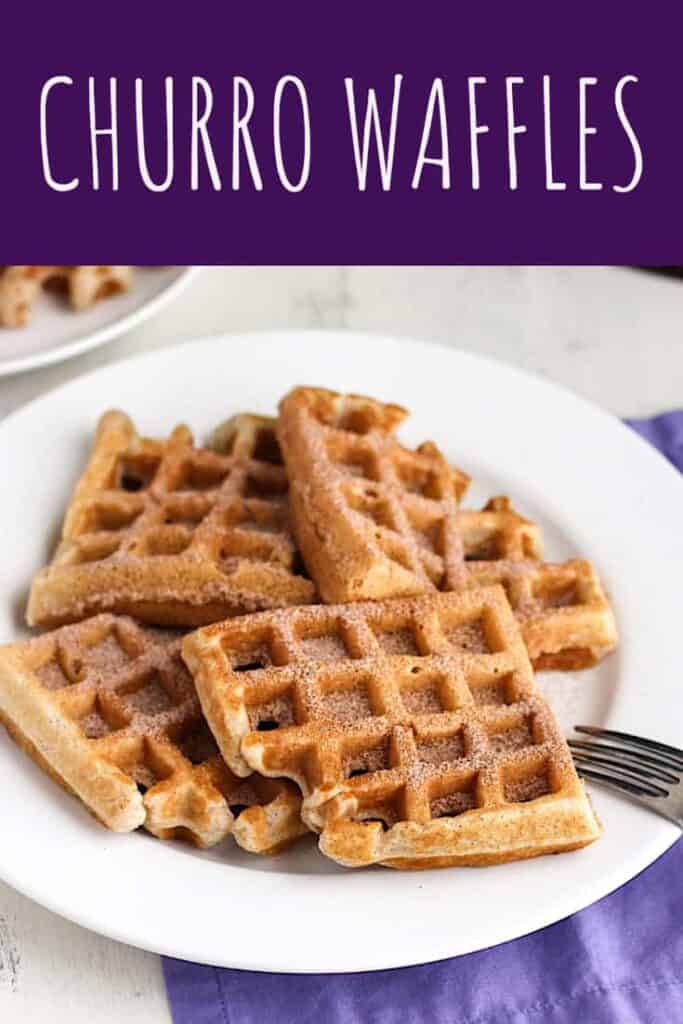 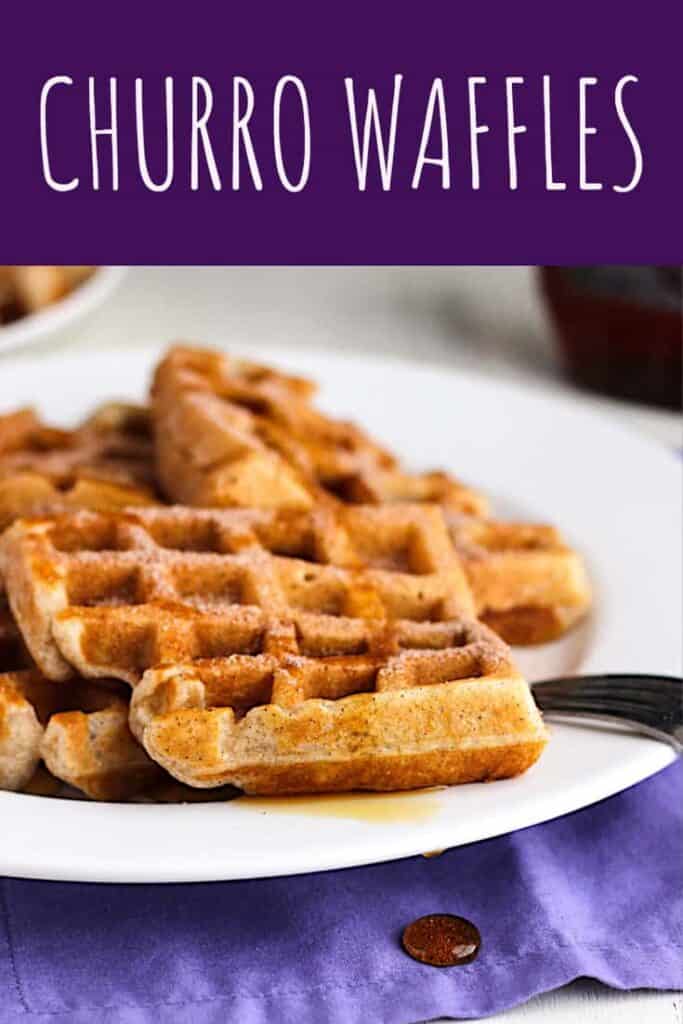