37 shares
This post may contain affiliate links. A Nerd Cooks may collect a share of sales or other compensation from the links on this page. More information can be found here. 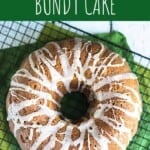 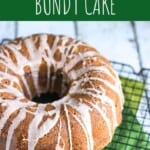 This Cinnamon Zucchini Bundt Cake is a great alternative to zucchini bread. Plus, who doesn't love a Bundt cake?

It's quickly getting to be that time of year where gardens are overflowing with zucchini. This is can be problematic. There's only so much zucchini bread that one person can eat. .

This cake is a slight departure from zucchini bread. It's still sweet, dense, and moist, but has a great cinnamon-y flavor throughout, along with a crunchy cinnamon-sugar layer in the middle. And glaze, of course.

Really, if nothing else, baking this cake give you an excuse to say/sing things like what I said at the top of this post.

For the Bundt cake

For the cinnamon sugar

To make the cake

To make the cinnamon swirl

To make the glaze