These Pressure Cooker Carnitas are the easiest, most delicious carnitas you will ever make. Depending on how much time you have on your hands, I’ve included instructions for how to make them in either the electric pressure cooker (e.g., Instant Pot) OR slow cooker. 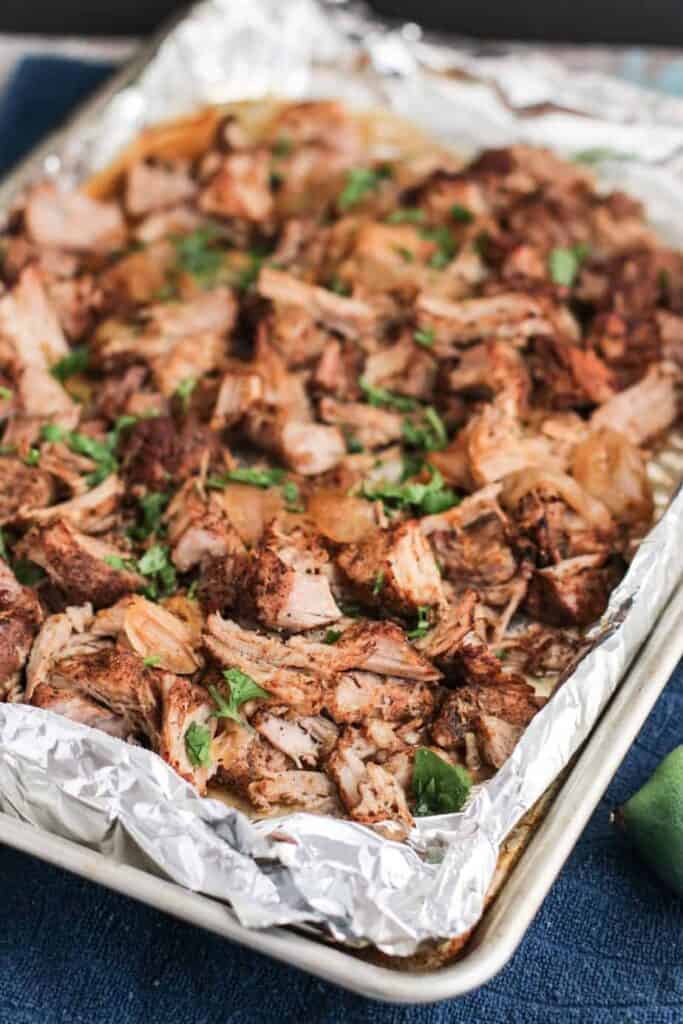 Basically, all you do is mix up a spice mix in a little bowl and set it aside for a sec. Cut your pork into chunks and toss ’em into the pressure cooker (or slow cooker). Rub the spice mix allll over the pork chunks with (clean!) hands. Squeeze some citrus juice over the top and walk away. It’s that easy.

But once the meat is done, you’ll shred it up, put it on prepared baking sheets, and let it broil until some of the bits are crispy. Sprinkle with cilantro, and that’s it!

Eat them as the main course, stick them in a taco (corn tortillas, please), burrito it up… the list goes on and on.

BUT I will say that our favorite way to eat these carnitas is Chipotle burrito bowl-style. Toss some of this crispy yet tender pork in a bowl with some Cilantro Lime Rice and a variety of taco/bowl toppings (beans, cheese, guacamole, etc.), and you’re in business.

Though I’ve definitely made these bad boys in the slow cooker numerous times, I’m not always on top of my game in the morning when it comes to meal prep.  After receiving an electric pressure cooker for Christmas, I decided to adapt the recipe. That way, I’m able to have carnitas in a fraction of the time and I don’t have to have my act together early in the morning. 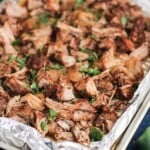 You know I’ve got your back! 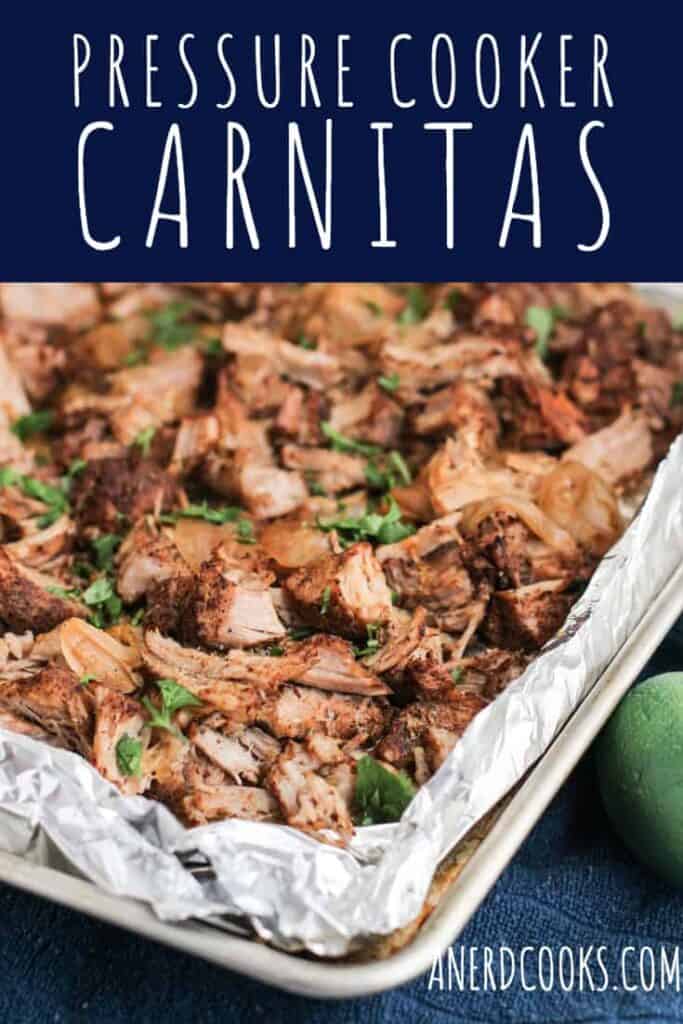 There’s no better way to celebrate New Year’s Day than with this recipe!

This Slow Cooker Kielbasa, Pork, and Sauerkraut is a delicious way to ring in the New Year. Better yet, it requires little effort to make. Just set it and forget it! 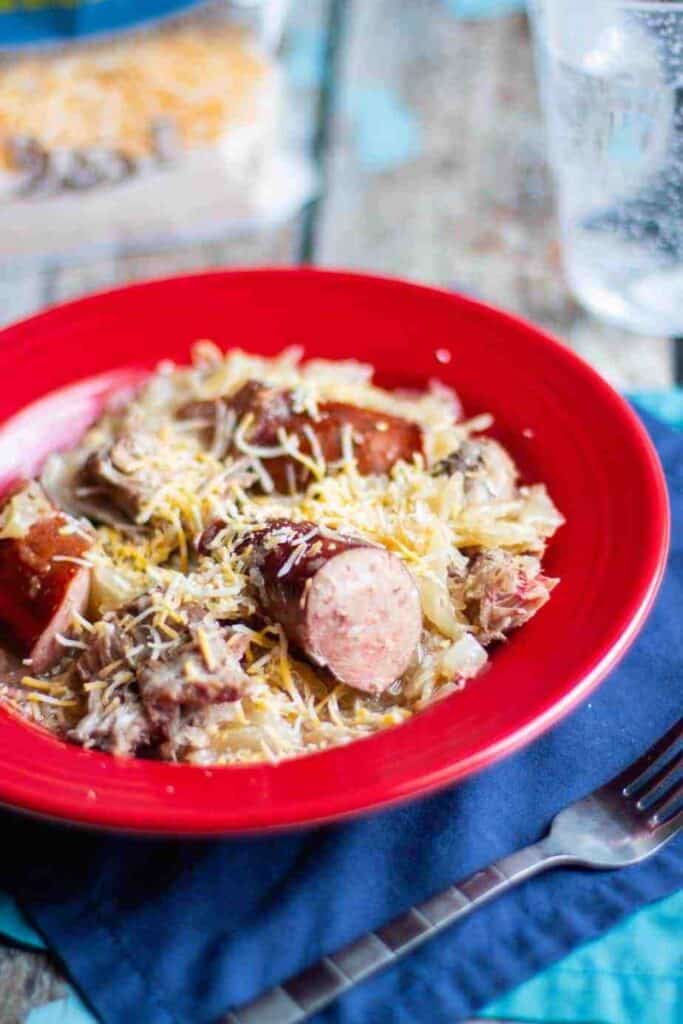 I am not entirely sure of this recipe’s origins. I got it from my mom, who makes it every New Year’s Day. I do the same now, but also make it at other times of the year.

This recipe makes a lot of food, and would be great when you need to feed a crowd. It freezes well, too! So don’t feel obligated to only eat it when you have an army to feed.

How does this recipe come together?

You basically just plop all of the ingredients (minus cheese) into the slow cooker, mix it up, and cook for a while!

You’ll add the cheese at the end, stir it up, and go to town. It really couldn’t be easier. 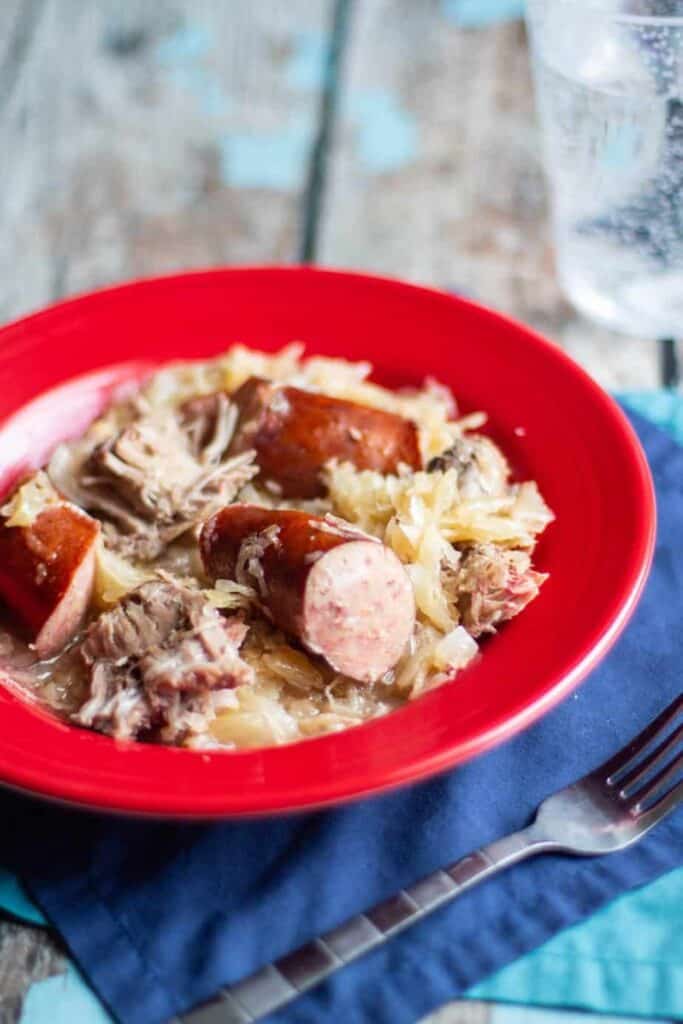 In search of other recipes to make in the slow cooker?

How about this Stuffed Pepper Soup or Three Ingredient Taco Chicken? Don’t forget about Slow Cooker Buffalo Chicken, either!

If you need breakfast, these Slow Cooker Steel Cut Oats are great and very versatile. 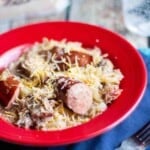 What gear should I have on hand to make this recipe? 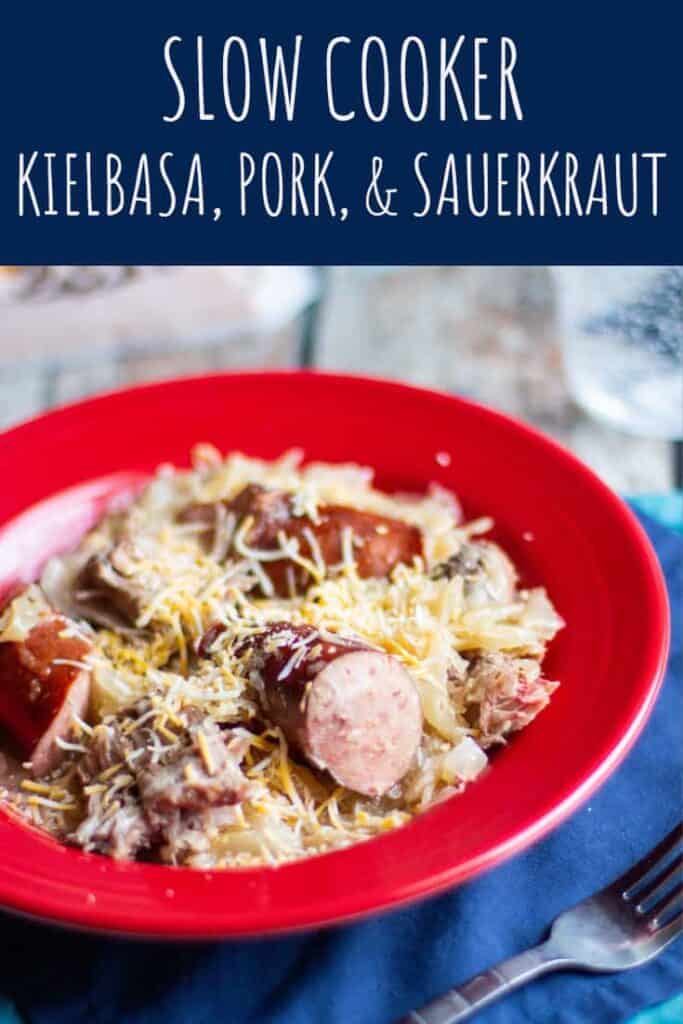