These King Cake Cinnamon Rolls are the perfect way to kick off Fat Tuesday! What’s better than hot, delicious cinnamon rolls first thing in the morning? 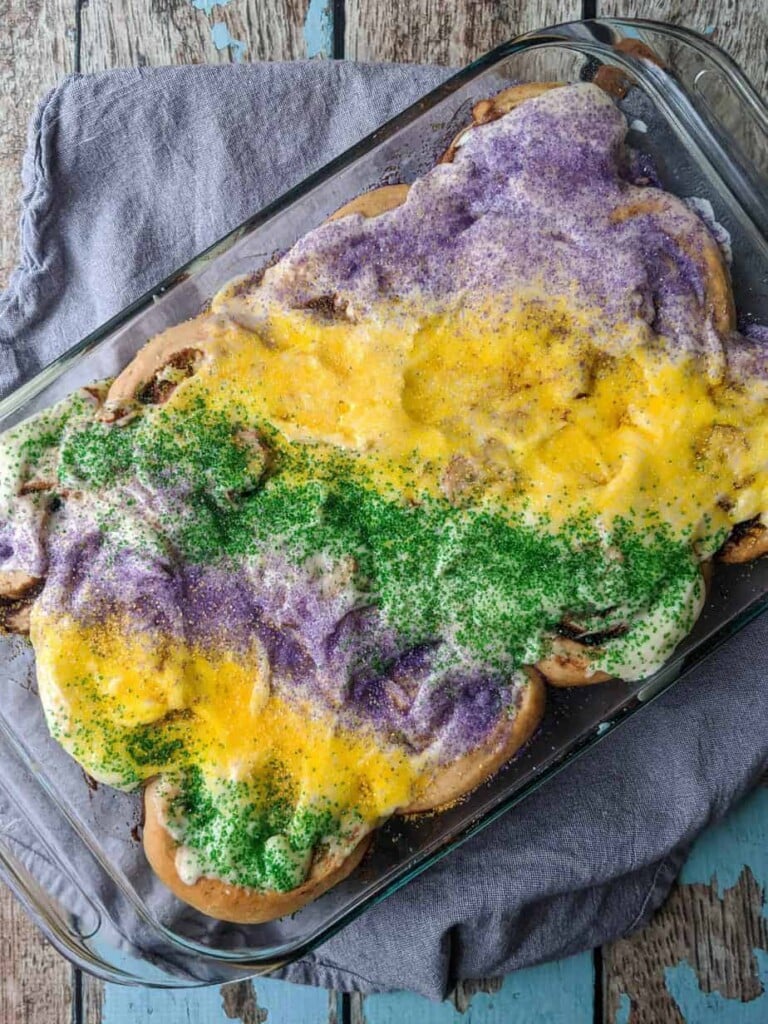 It’s that time of year again

Mardi Gras is upon us! Time to get a little decadent and enjoy all things King Cake.

I love a traditional King Cake. I mean, who doesn’t? A few years ago, I shared Joy the Baker’s recipe for King Cake. It’s good good stuff. 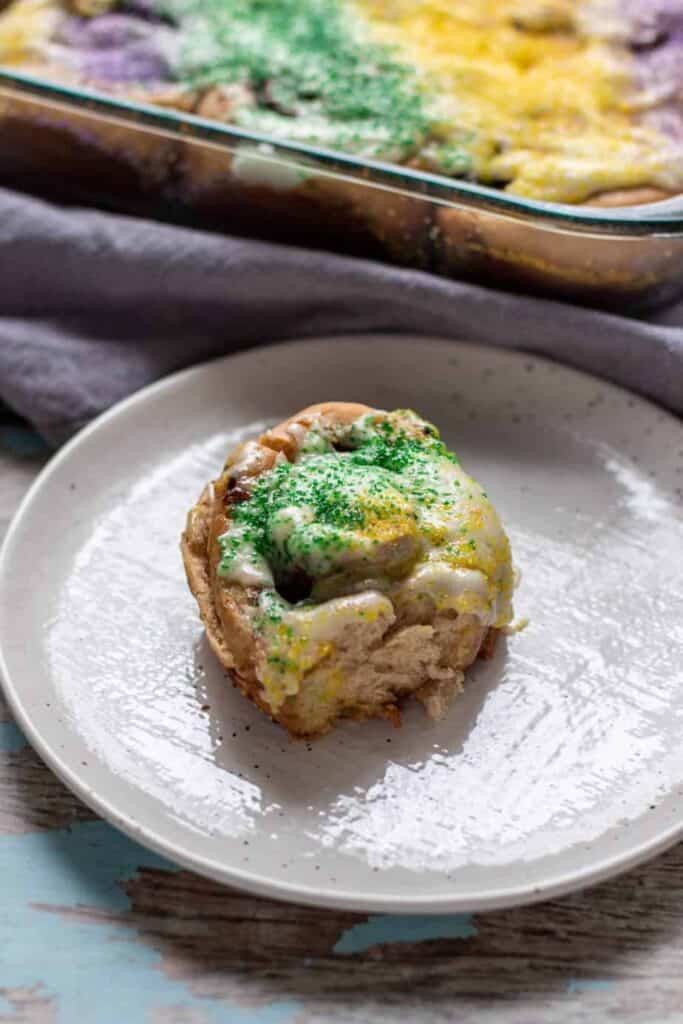 A King Cake is basically a giant cinnamon roll, right?

They’re both made of yeasted dough, a cinnamon-y filling, and have frosting. So… same thing. Ish. Right?

I figured I’d change things up a little bit this year by making 12 smaller King Cakes instead of 1 big King Cake.

I took the recipe for Make-Ahead Cinnamon Rolls (which can be made the same day, not just ahead of time),  and added some additional spices and lemon zest (common to King Cakes), as well as sprinkles, and boom. King Cake Cinnamon Rolls. 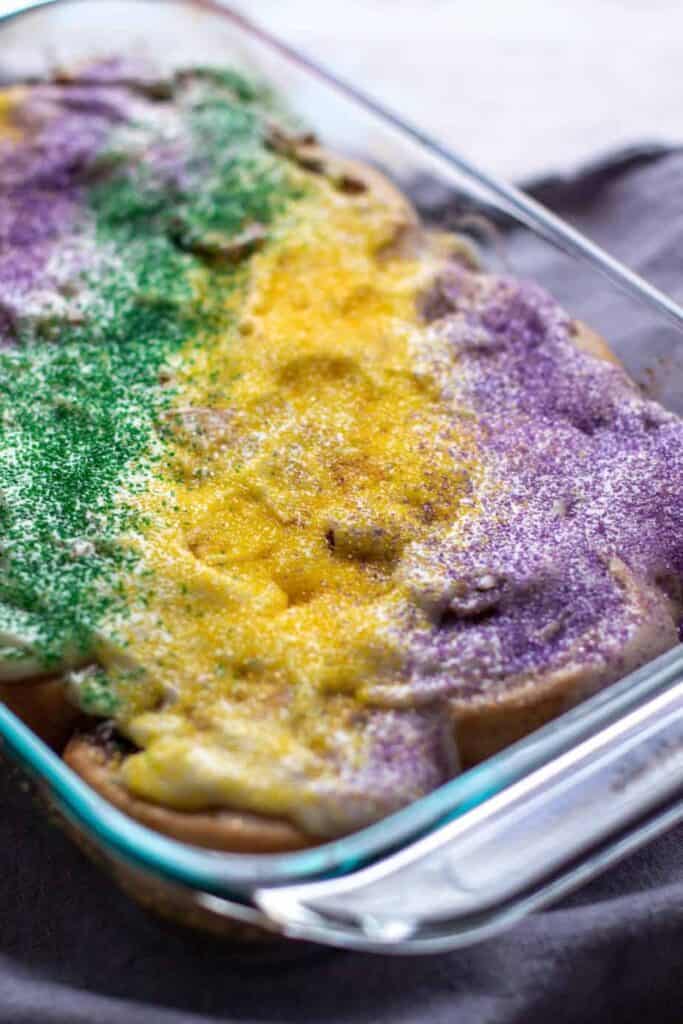 How do these cinnamon rolls come together?

I’ll be the first to admit, homemade cinnamon rolls are a bit of a labor of love. It’s a multi-stage process that requires a bit of free time. But it’s totally worth it in the end.

You’ll start by making a warmly spiced yeasted dough and letting it rise. Next, you’ll roll that dough out into a rectangle, generously spread a cinnamon-sugar filling + chopped nuts all over, and roll that dough up into a tube.

Last, you’ll slather the rolls with sweet frosting and dust them liberally with festive sprinkles.

Note: You can also hide a tiny plastic baby somewhere in these rolls, if you want. I don’t, because I think it’s a choking hazard. 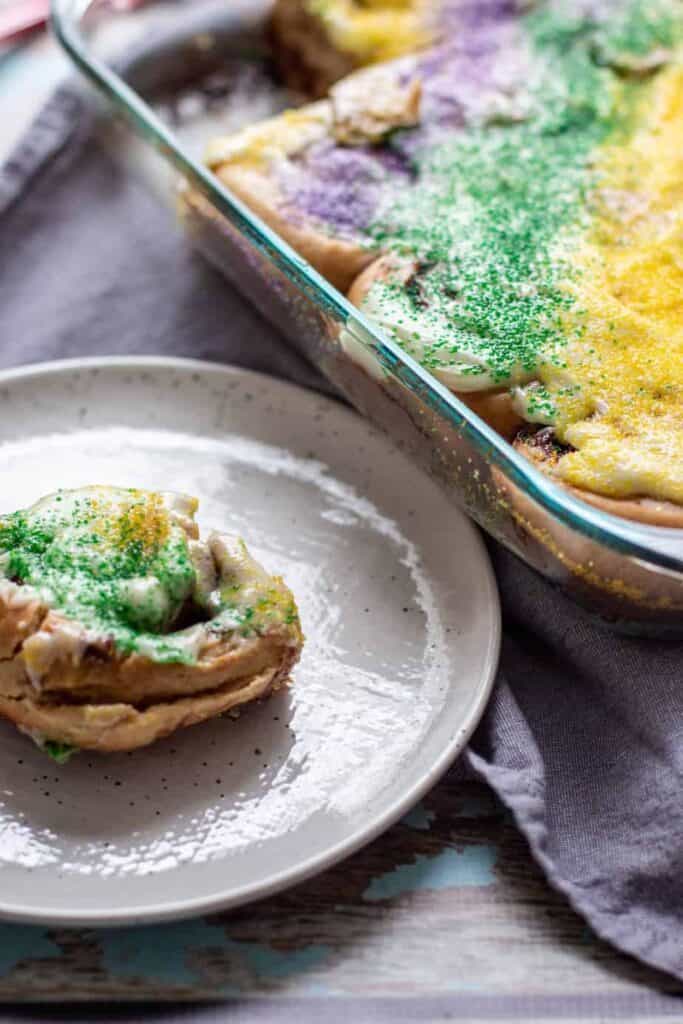 Check out my Make-Ahead Cinnamon Rolls if you’re in the mood for a more standard cinnamon roll experience.

Check out the recipe for a traditional King Cake, if that’s more your thing.

You can also hide a tiny plastic baby somewhere in these rolls, if you want. I don't, because I think it's a choking hazard.

What gear should I have in order to make these cinnamon rolls? 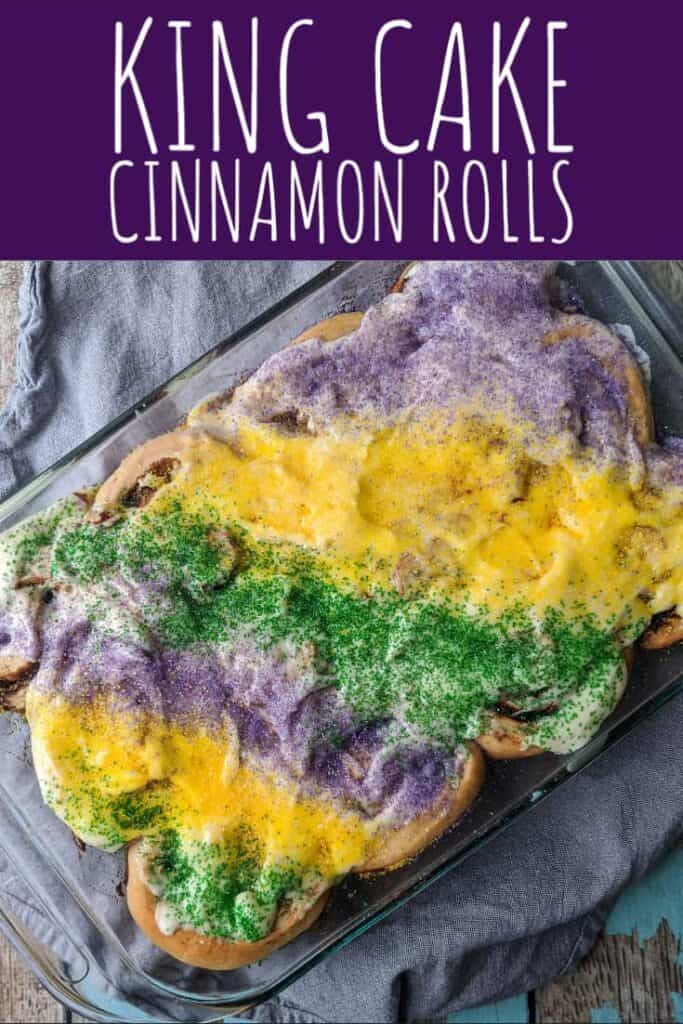 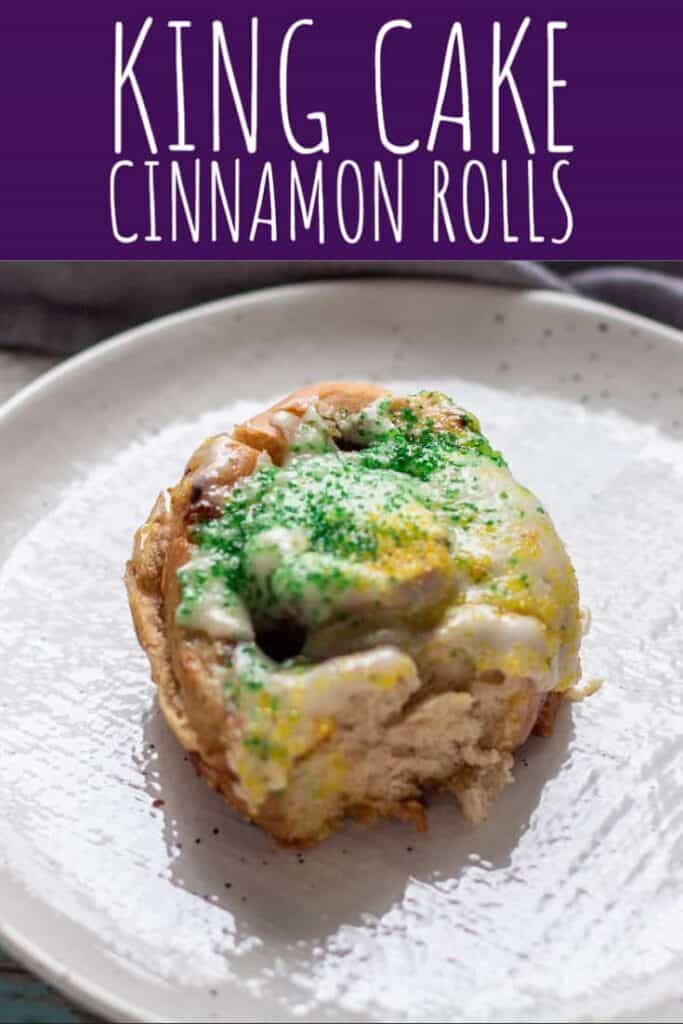 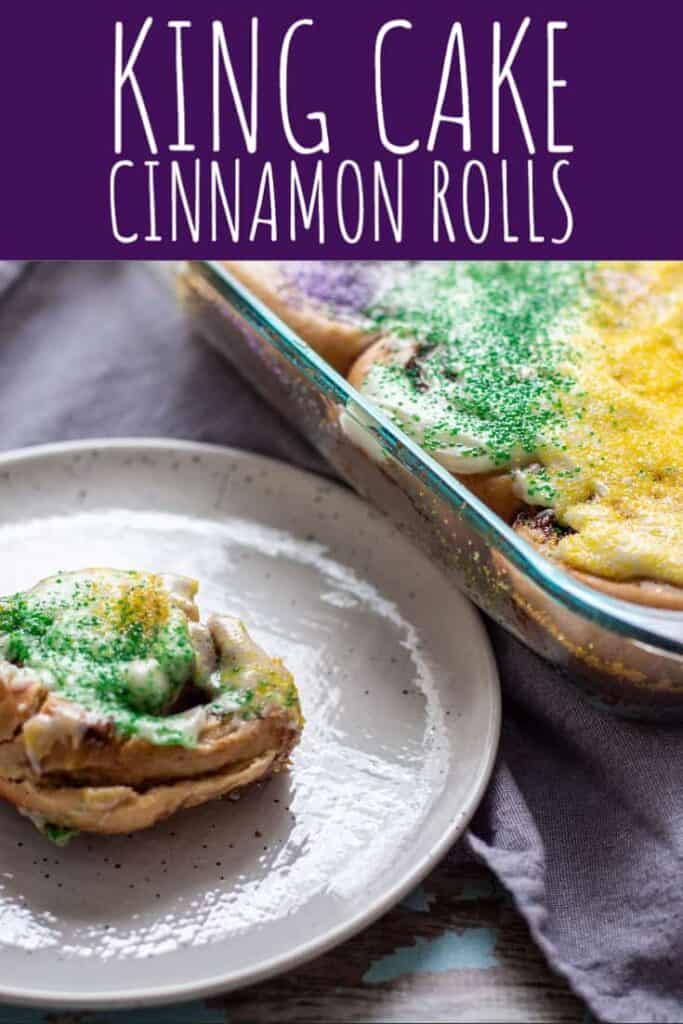