The Bourbon Buttercream frosting on these cupcakes is sweet and bourbon-heavy, while the cake recipe consistently produces the best chocolate cake I’ve ever had. 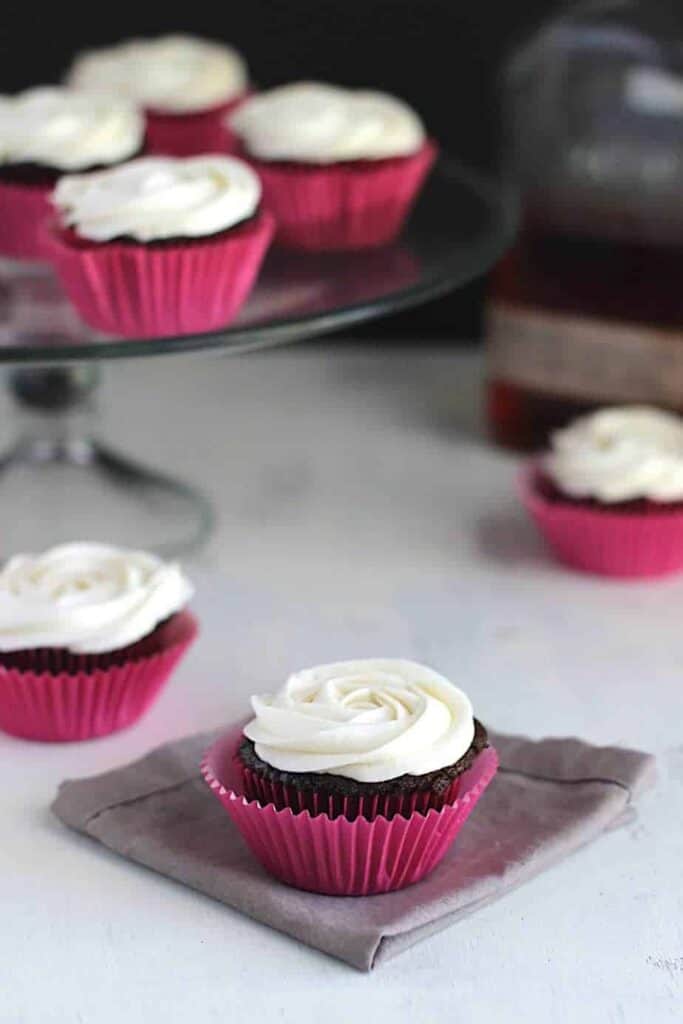 My parents came to Durham last weekend for a visit, and since my dad’s birthday is later this month, we decided to celebrate while they were in town.

We both have a strong affinity for bourbon, so I felt like it was only natural to include it somehow. And I had a suspicion that bourbon buttercream would play well with dark chocolate cupcakes. As luck would have it, I was very right.

Not that I received any complaints, but I was possibly a little heavy-handed with the bourbon. So add a couple of tablespoons and taste before going for the full 1/4 cup (or more!). 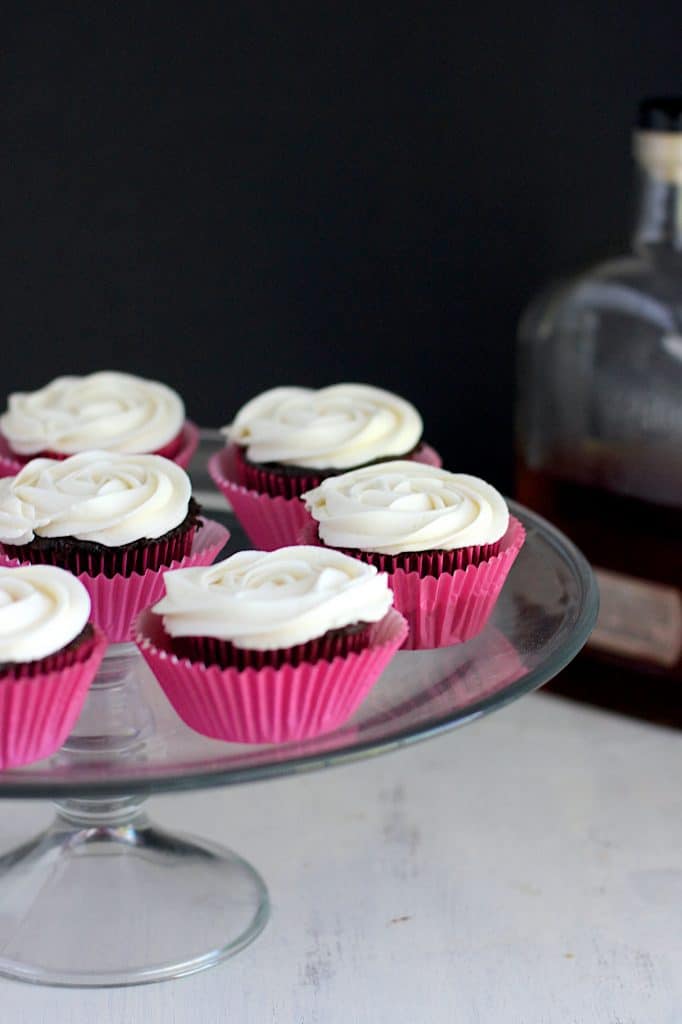 You’ve seen the dark chocolate cupcakes on this blog before. Seriously, the best chocolate cake recipe I’ve ever made or had. The bourbon buttercream recipe is listed below. 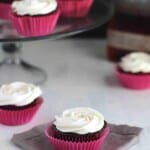 Notes: This recipe makes enough to frost 3-4 dozen cupcakes, depending on how heavily you frost the cupcakes. 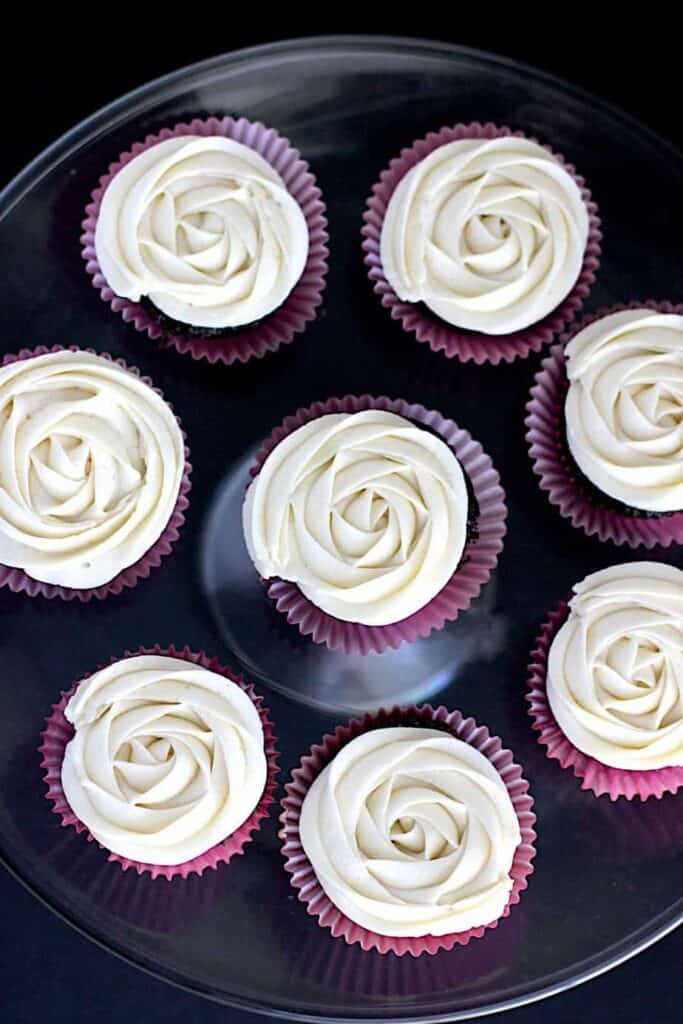 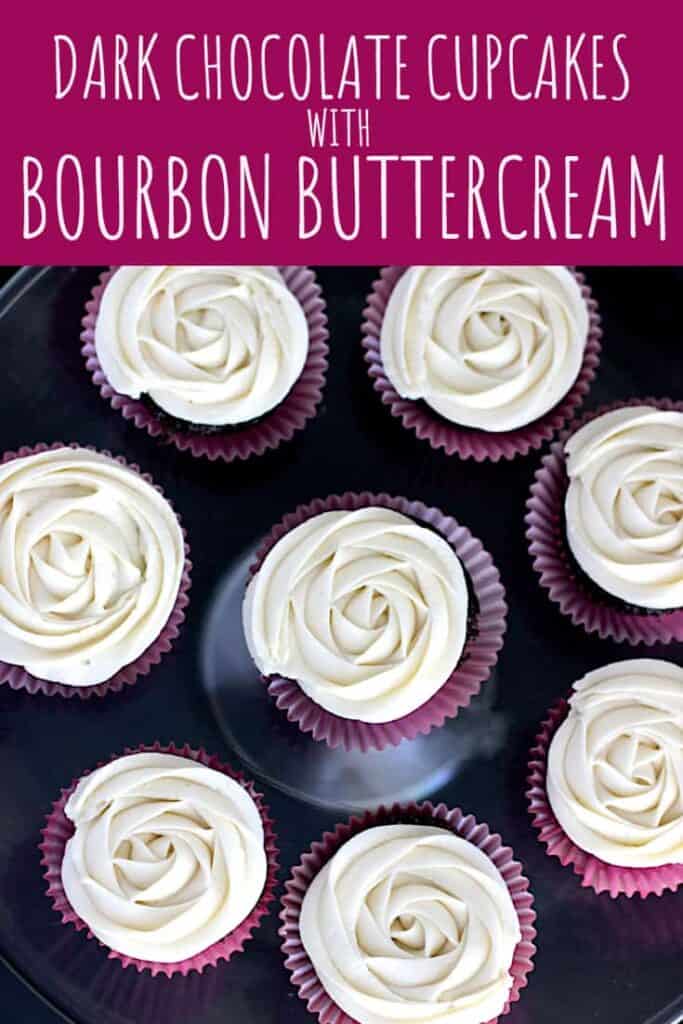 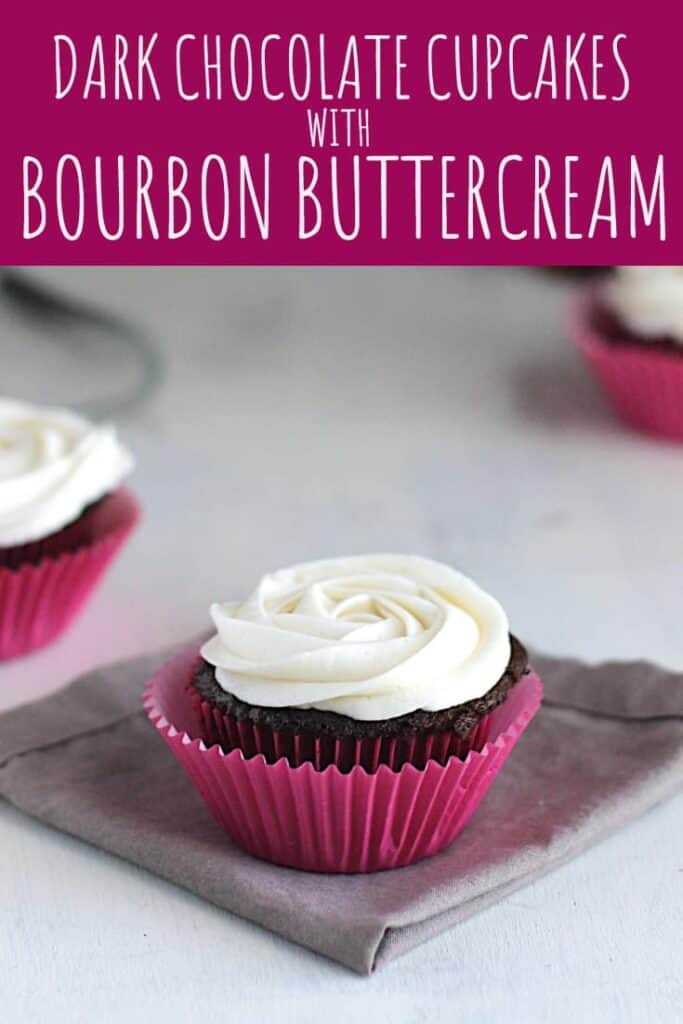